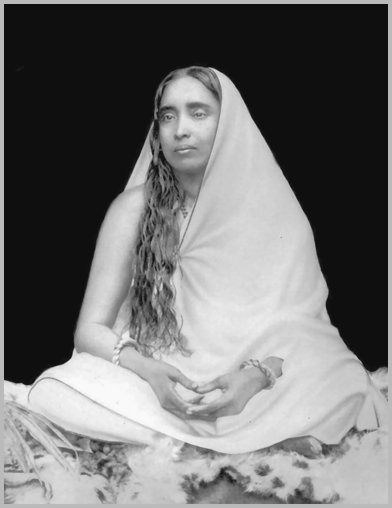 Jayrambati, a small village in the district of Bankura, was the birthplace of Sri Sarada Devi, the Holy Mother. She was born on Thursday, the 22nd December, 1853 to Ramachandra Mukhopadhyaya and Shyamasundari Devi. Her parents were known in the village to be a simple, pious and devoted couple. Even with their meagre means, Ramachandra was known for his charity towards the poor and the hungry.

Being born as the eldest daughter, Sarada, as she was called, easily engaged herself in all the domestic duties to mitigate the troubles and difficulties of her beloved parents. When she was only 5 years old, she was married to Sri Ramakrishna, from the neighbouring village of Kamarpukur. But being a child-bride, she spent most of her time in the serene settings of Jayrambati. 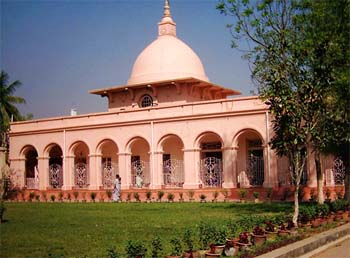 When she was entering her 18th year, she joined the Master at Dakshineshwar and stayed in the Nahabat, the music tower, away from the attention of the many devotees of the Master. She tended to the Master's delicate food habits and served the many people who gathered around him to listen to his wonderful dialogues about God-realization. After the Master's passing away, Mother used to visit Jayrambati at least once in a year.Here, far away from the crowds of Kolkata, she used to lead a simple life-style. Devotees who could barely see the Mother in her residence at Udbodhan, would often visit Jayrambati. They would be showered by Her motherly care and love. Many people were instructed into spiritual life by the Holy Mother in Jayrambati. She also blessed a few to lead lives as Brahmacharins and Sannyasis.

The celebration of the Jagaddhatri Puja during the life-time of the Mother was an occasion when the whole village rallied around the household and participated in the same whole-heartedly. It is celebrated even today with the same spirit. Here, in this village, countless devotees and guests continue to feel the motherly presence of Sri Sarada Devi, the Holy Mother, especially in the places associated with the Mother's life.

Places of interest within and around Jayrambati:


About the Matri Mandir and Mission at Jayrambati:

The Matri Mandir (Math centre) was established in 1920 at Holy Mother Sri Sarada Devi's birthplace. Activities of the Math centre :

Ramakrishna Yogashrama, Koalpara (P.O. Dehuapara 722 141), the Math sub-centre, is 8 km from the Matri Mandir. It is a peaceful retreat associated with Holy Mother's life. By way of welfare work this ashrama gives pecuniary help, and distributed clothes, blankets, and so on to the poor and needy, and textbooks to poor students. The Mission centre was founded in 1930. Activities of the Mission centre :