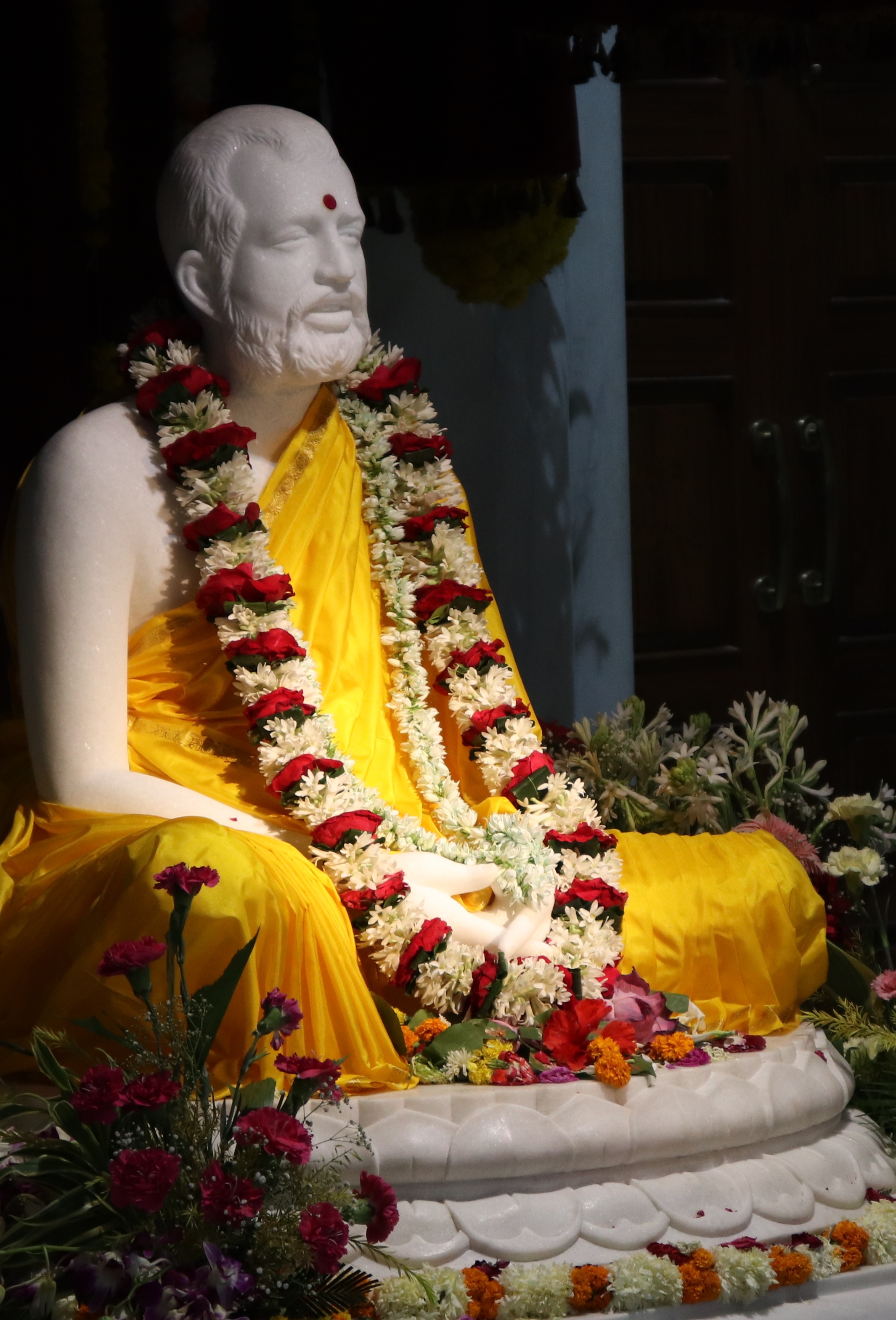 Kamarpukur, the small village in the Hoogly district of West Bengal was quite famous in early 20th century as many local landlords had lived there for many generations. Surrounded by rice fields and little hamlets on all sides, the serene settings were perfect for the birth of a great soul, for it was at Kamarpukur, adorned with the beauty of nature and ever-greens, that Sri Ramakrishna was born on 18th February, 1836. With his advent and on account of the frequent visits of his disciples, this place has now become a place of pilgrimage to many. Devotees from all over the world visit this place of nativity of Sri Ramakrishna and derive immense satisfaction after seeing the various places associated with Sri Ramakrishna, especially during his childhood.

There are many signs of ancient prosperity all over Kamarpukur. Dilipated temples, many ponds, tanks, old buildings etc. dot the corners of this old village and stand mute testimony to more glorios past days. During the times of Sri Ramakrishna's childhood, when malaria had not yet made its virulent head shown, Kamarpukur, and all the surrounding areas, was an intense place of activity. Noted for its agriculture as well as for its cottage industries, Kamarpukur boasted of many exports to Kolkata (Calcutta) and nearby markets.

Sweet meats like Jilapi and Nabat, hookah pipes of ebony, yarns, towels, cloth, etc. were mostly the merchandise from here. To this day, in the month of Chaitra (March-April), Kamarpukur reverberates with songs during the worship of Goddess Manasa and festival of Shiva, and in the following month, devotional choral songs of Hari are sung for three days at a stretch.Even now people belonging to the different strata of society live in peace in the tranquil atmosphere of the village.

Through the help of the devotees and the management, and of the monks of the Ramakrishna Order, the beautiful temple of Bhagwan Sri Ramakrishna, with his marble statue installed in it on 11th May, 195, was built at Kamarpukur. With the construction of guest houses, a library, a dispensary and schools and the re-excabation of the tank called Haldar-pukur, as also with the development of the surroundings, the place has really become one of the beauty-spots in the whole locality.


Places of interest within and around Kamarpukur:

More information can be had the small booklet 'Holy Kamarpukur', by Swami Tejasananda, published by Advaita Ashrama, Kolkata.

The Math and Mission centres were both founded in 1947. The Math centre preserves the sacred place where Sri Ramakrishna was born, as also his ancestral home. It conducted daily worship and religious classes, and observed certain festivals and birthdays of religious celebrities. The Mission branch has the following wings:

5. An area library with books,periodicals and newspapers.

The Math and Mission centres together conduct rural development works, such as running mobile medical dispensary, non-formal schools, soil testing laboratory, and so on under the guidance of the Headquarters. They also run a mini jute mill for training unemployed rural youth.